Professor at UNICAMP (physics and anthropology) – retired.
At the moment he agregates people amomg his SOUTHing (vs NORTHing) Proposal.
Know more. 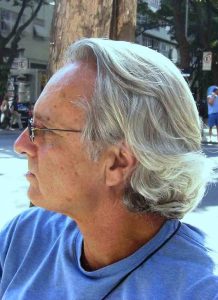 Marcio D’Olne Campos is a Professor retired from UNICAMP. Physicist (PUC-RJ) and Dr. in Solid State Physics (1972, Université de Montpellier, FR). At UNICAMP he worked at the Institute of Physics (1972-92). Moving to IFCH-UNICAMP (1993-98), he belonged to the Department of Anthropology and contributed to the Social Sciences Doctorate area: “Intellectual Itineraries and Ethnography of Knowledge”. He retired from UNICAMP in 1998. From 1999 to 2016 was, respectively, a Visiting Professor of anthropology at UFRJ-EICOS, at UENF and UFES where he also served in Distance Education (ne@ad – UFES) and at the Graduate Program in Museology and Heritage (PPG-PMUS/UNIRIO).

Since the 1980’s he works in education (formal and non-formal), environmental education ethnoastronomy and anthropological/ethnographic research on human-nature-relations and local knowledge, techniques and practices. His interests cover rhythms, temporalities and natural and social markers of time, environmental perception, Astronomy in Cultures, cultural heritage and foodways and anthropology of food. His studies include field work among indigenous societies (Kayapo) and coastal (“caiçaras”) as well as among descendants of Italian immigrants (ES and MG, Brazil). In addition to the conduction of the SOUTHing Proposal (1991-), projects such as “Aldebaran: Naked Eye Observatory – UNICAMP” (1986) and “Public Square Observatories” at Araras (SP) and Peruíbe (SP, 1991) are of his conception.